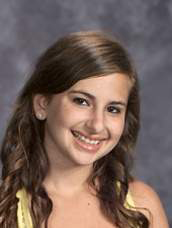 If you’ve been wondering what you can do to assist a family in need, here is one way you can.

On Friday, October 22nd, Santa Rosa Community Market is donating 10% of their proceeds to 7 year old Ella who is battling a rare form of cancer.
October 20, 2010 0 Nerves were racking in Virginia’s Food City, the first setting of “Ready, Set, Bag!”, a documentary on competitive grocery bagging by Executive Producer and Pixar CTO, Oren Jacob, and directed by his wife Justine Jacob as well as Alex D. da Silva. The winner would be flown to Caesar’s Palace in Las Vegas to compete in the National Grocers Association’s Best Bagger competition. Not only would the baggers have to be fast, the bags had to be packed properly – no squished bread or frozen peas below cans – and the weight of each bag had to be even.

States across the country held their own bag-a-thons to compete for the big event. Some held competitions reminiscent of rock concerts, treating the baggers like celebrities while they cheered them on under strings of lights wearing togas, referees and announcers called out the stats (California, where else?). Others kept their grocery store settings or held the competitions in banquet halls.

Happy Birthday Sparky! When I was a kid, my parents signed me up for ice skating lessons. For years I took lessons at the Redwood Empire Ice Arena.  If I was lucky, my dad would get me hot chocolate at Warm Puppy Café. In the corner sat a table with a “Reserved” sign on it... END_OF_DOCUMENT_TOKEN_TO_BE_REPLACED