In one week, my son will graduate high school. I’m still trying to wrap my mind around this. For those of you who remember my stories about the Taz from my single mom days, I’m sure this is hard for you to believe, as well. He’s the youngest (and the tallest) in our blended family, and every step of his high school journey has felt more like a tug-of-war than a 4-year climb. I believe all of us are relieved to get to this point, especially my burnt out son. But in other ways, I’m feeling a lot of emotions that are coming as a surprise. I never really thought of myself as nostalgic, but in his last week of high school, I’m finding myself fighting tears a lot more.

I’ve also uncovered a few worries I’ve stuffed over the years—worries that are now demanding attention as we near graduation. 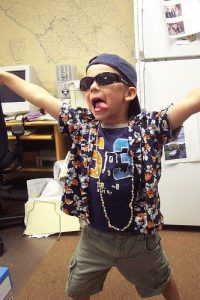 1. Have I done enough? It’s so late to even think about this, but I wonder if I helped my son to the best of my ability to guide him on the road to success. I can’t help but dwell on all the missed opportunities for deep level conversations, or the times I was too busy to check in with him. Schoolwork has always been a struggle with him, and I can’t help thinking I could have done more to help him get better grades and set the tone for future education.

2. Did I back off enough? Independence is the natural next step for a graduating senior, whether it’s in a few months or a few years. Did I give him enough room to try things on his own and learn from his mistakes? There have been times when I gave up believing he’d ever clear the dishes from his room or do his chores, and I’d just do them for him. His room has always been a disaster, and I’m guilty of going in there and cleaning it when he’s away. In doing so, have I set him up for failure? I think about what his apartment will look like one day, and I’m almost certain it will include a floor made of crusted plates, all because I couldn’t get him to clean his room by himself. 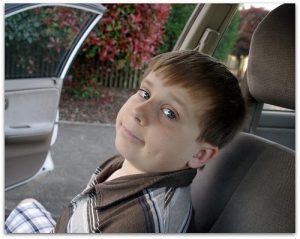 3. Did we make a big enough deal out of “last” moments? I have a list of “lasts” that run through my head. Last drive to Starbucks before school, which was really about the quality time and conversation. Last time meeting his school friends and driving them on class trips. Last time collaborating with his awesome teachers. So many great moments in these 4 years. This isn’t so much of a worry, but just a musing of all the things we’re saying goodbye to.

4. Will he regret the things he didn’t do? Last year, my son switched to a different school that offered smaller classrooms and more access to the teacher. This school is as much a community as it is a classroom, but in joining, it meant he had to give up a few things. He lost a few friends in the process, though he gained a few new ones. He didn’t join the football team like he’d once planned. He skipped prom, and won’t go to Project Grad. Part of this is choice and part of this is because of his new school, and all of it he claims to be okay with. But years from now, will he look back and regret that he didn’t take part in traditional high school experiences? 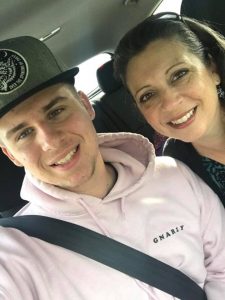 5. Who will I be when my son leaves home? I was at a gathering with a bunch of women, and had been avoiding this thought until one of the women brought this up. Her children had moved out, and she’d put so much energy into raising them that she now couldn’t figure out who she was and what she liked to do. I have been telling myself that I’ll be fine when all our kids leave home, and even look forward to an empty nest. But what will it be like when my son isn’t there to tell a funny joke, or confide in me about something he’s struggling with, or asks to hang out with me? Will I have enough to do when I’m not caring for him daily? Will I feel lost and useless when there’s no one left in the house to mother?

This weekend I listened to our pastor share about parenthood and the common worries we have. She said, “While so many parents wonder if they could have done a better job raising their children, I don’t know one who hasn’t given it their all for their children.” I almost burst into tears when she said it. In fact, I did break down when I thanked her for her message after service. It was just the acknowledgment I needed in the face of all my doubts. 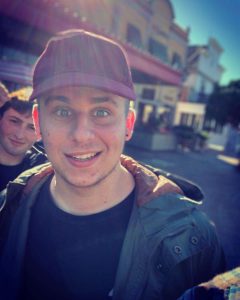 The honest truth is, I know everything will be fine. I’m so proud of who my son is and how far he’s come. I like that my son comes to me with issues instead of shutting me out. When I hear other parents describe the friction between them and their teens, I feel lucky that’s not our case. Yes, there are probably times when I could have done a better job, but there were also times when I rocked parenthood. It’s probably more times than I give myself credit for. I think we parents, in general, tend to beat ourselves up more than we deserve.

So if you’re in that same game I keep finding myself in, the one where we count up all our mistakes in the 9th inning, you’re not alone. Also, you probably deserve MVP. Let’s put down the scoreboard and believe we gave it all for our kids. They’re going to be just fine. And when we’re no longer actively parenting them, we’ll be just fine, too.

P.S. This is not an expert’s guide on how to cope with graduation, but more of a letter of humility as I admit the things I grapple with as a mother of a graduating teen. If you worry about these things, too, or are struggling with other worries, add your voice to the comments section.

Crissi Langwell is a Petaluma local, blended family mom to three young adults, and author of a bunch of books. Visit her author website at crissilangwell.com.