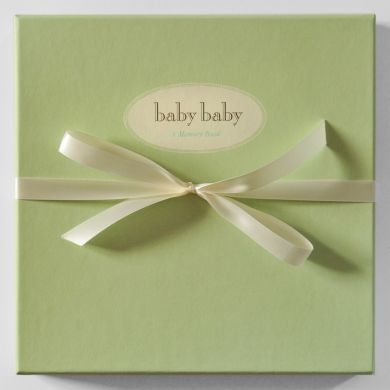 This weekend was spent moving our things from one house to another. And in that move, it became apparent that we have TOO MUCH STUFF. Seriously, we moved into this house two years ago with only our beds, a kitchen table, and a couple outfits. There was not much more than that. But apparently we thought it best to make up for lost time by collecting every single item we came across and sticking it in a random corner of the house. The result? I now have boxes and boxes of miscellaneous items in my living room that I need to go through – deciding what to keep, what to donate, and what doesn’t need to see the light of day ever again (yes, fake hairpiece that was supposed to make my ponytail look fuller but instead resembled the thing I pulled out of the drain last week – except three shades different than any color my hair has ever been, I’m talking to you). Basically, if you are missing something it is probably now in my living room. You can come by anytime and pick it up. Take a couple more things with you when you go. (Wouldn’t that be a great idea for a housewarming party? “So glad you could come, you sure you can’t stay longer? Well, here’s a goodie bag of, um, cool knick-knacks. Tag! No pass-backs!”)

At any rate, when you have a house full of things, it not only takes some effort to move everything from one house to the other, the nostalgic effect makes the process take 10 times longer. There were boxes packed with items I hadn’t seen in probably….well, three years. This is why it was a godsend when Mr. Wonderful came over and moved all the rest of my stuff over from the old house on the final day of moving, finishing the process before I could say “oh my gaw, I found the kids’ baby books! Let’s go through them page by page and marvel at what they were like when I used to think they were brilliant!” No, that discussion was saved for after the kids went to bed and I was left alone in my living room going through boxes one by one. And pausing on said baby books, I have to say

Apparently, my kids ceased to exist past the age of 1 ½. In their first year of life, I chronicled every single move they made. I have down when they first laughed, including when they did it by accident in their sleep and when they did it on purpose to something their hysterically funny mom did. I wrote down their first solid foods, and what they liked or disliked, and what kind of face they made when I fed it to them. I wrote down their favorite toys, their first words, the dates of their first couple of teeth, the name of their first friend – aka the same-age baby that belonged to one of my friends who was placed next to him or her and was claimed to be their new boyfriend/girlfriend/kid that will beat them up at school. I knew what they were wearing when they took their first steps, how much they weighed at 7 months and 23 days, and that my daughter’s first word was “boob”, taught to her by her daddy. The chapter on their first year of life was full of items like their first lock of hair, the bracelet they wore home from the hospital, and pictures from every single milestone they performed. Turn the page to Year Two?

The thing I don’t get, the first year of life has to be the busiest time of a parent’s life. We are catering to our baby’s every need, answering their cries as if we are being summoned with a bell by Master Baby. In the first year of life I don’t think I slept more than 4 hours at a time. I was changing poopy diapers more often than I was yawning. And I was washing countless clothes that smelled of spit-up so that they smelled slightly less sour. I had never been busier or more sleep deprived. And yet, I had time to chronicle the way my daughter spat out cereal unless it was laced with sugary jarred bananas. When they get to the age of two, they are practically raising themselves. So why didn’t I have time to write down all the cool and interesting things they were doing as toddlers? I mean, aren’t toddlers supposed to be the funniest creatures on earth? The only thing I can think of is that my kids weren’t doing anything funny or brilliant. And who wants to write about a child who sits there like a lump of coal?

In all seriousness, I do regret not having taken the time to fill out the rest of the book. There are things that I will never know about my kids because the years went by so fast, and so much happened in that time. There are tiny details to their lives that wouldn’t matter to anyone but me, and those forgotten details are the things that I miss remembering the most. Their height and weight on each of their birthdays. The funny saying they used to repeat at the age of 3. How big their feet were at age 5. What made them laugh. What made them mad. Their favorite toy…

At any rate, at least I have part of the book filled out.  I’ll have it on display at my housewarming party coming down the pike.  Look for your invite in the mail.  Oh, and bring a wagon for your, um, party gifts.