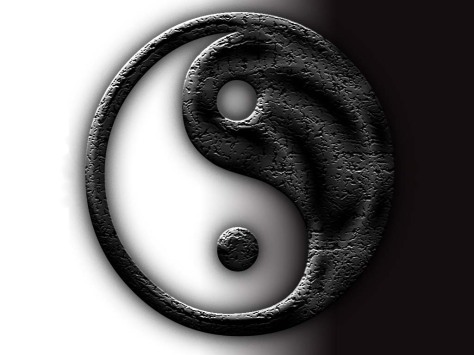 We ended our day on the made bed, our bodies perfect Yin and Yang semi circles. We faced each other this way, an uneasy feeling in the pit of our stomachs as we unfurled the day in a heap between us, determined to tackle it and sweep it aside before it plagued our dreams and interrupted our sleep. For an hour and a half, Mr. W and I pulled and kneaded the situation at hand, tossing the dough of our mixed family dilemmas as we tasted bite size pieces of moving forward in some areas and reining it in with others.

The day had started out innocently enough. Mr. W and I planned a day to San Francisco, something we had talked about for ages as a fun event for us and the kids. After a family outing to church, I set forth and took down lunch orders for all 5 of us. Of course, that meant 5 completely contrasting sandwiches. But I didn’t worry about that as I boiled eggs for the egg salad, flipped the grilled cheese sandwich, and toasted bread several different ways for several different sandwiches. And as we ate, the time crept by slowly, picking up pace with each minute. And soon 2 hours had passed and we were still nowhere ready to leave. A little hustle and bustle that was reminiscent of herding cats, we were finally on our way.

Of course, we had three growing kids in the backseat – three growing kids who wanted their own leg room and weren’t concerned about their neighbors. I counted down the minutes until the first whine about space, and had reached 30 when it started.

We crossed the bridge and finally reached Golden Gate Park with a bit of frazzled nerves, but still happy to be out of the house. At least Mr. W and I were….

“What are those for?” one of the kids asked us, peering into the trunk.

“It’s for scooting around the park,” Mr. W replied, starting to take a scooter and two skateboards out of the trunk. The idea had been that the kids would have fun riding circles around us, racing ahead of us so that we could walk hand in hand while enjoying the scenery.

“I don’t want it either,” another said.

Our little fantasy of a happy family outing was slowly disintegrating as reality hit the fan and splattered us with little pieces of tween and teen “I don’t wanna’s”.

“Well, I’ll take it,” the Taz said, pulling his skateboard out of the trunk.

We left the parking garage and entered the fresh San Francisco air encased by a thick layer of fog. And we rode/walked up the hill to a playing field. The Taz paused to watch a kids’ baseball game for a bit, and was disappointed when the rest of us chose not to stay put.

“But I want to watch the game!” he sulked.

“We didn’t come all the way to San Francisco to just watch a Little League game. We came to see the sights,” I said. But 10 minutes later, I was wishing we really had just sat down and watched the game. The smooth road we had been walking on turned into rocky pebbles, hardly suitable for a skateboard. And it was all uphill. The Taz huffed and puffed as he still attempted to ride his board up the hill, and we, in turn, ignored the “No Skateboarding” signs painted on the road. We pretended that everything was going fine, even though the two older kids were silently following us, and the youngest was very vocal in telling us how this was the worst day of his life and that the whole trip sucked. It finally came apparent that, even though we had only eaten a couple hours earlier, the Taz was having a sugar crash. He pretty much sat down on the side of the road and oozed all over the sidewalk, trying to hide his tears from every single stranger while simultaneously making them super apparent to me. I pulled a granola bar out of my pocket and practically force fed him just to get him to be able to see straight. And then we decided that we would just go back to the car, grab a bite of dinner, and go home. And that’s when the Taz decided that what he really wanted was a hot dog, and a smooth place to skate. So we went back to the park near our car, bought him the most expensive hot dog in all of San Francisco (‘it’s the dog with a snap,’ the hot dog man told me, referencing the crunch of each bite), and then let him ride all over the park with signs that said “No Skateboarding” everywhere we turned. At this point, Mr. W and I were frayed at all ends, unable to see up or down or even know which way we wanted to turn. I think both of us just wanted to go home and forget about this day altogether. We all sat in different areas of the park, collecting our nerves and taking a bit of a breather. And in that moment I never felt so far away from Mr. W, and so distanced from the kids. I watched Mr. W as he stared out across the park. I glanced at the older kids as one closed his eyes and pretended to sleep and the other worked on a doodle in a notebook she’d been carrying around all day. And I regretted having ever set foot out of the house for this “family day”.

It wasn’t long after when I realized I hadn’t seen Taz for awhile, and I started to worry. As if on cue, Mr. W got up and caught my gaze. He nodded down to the other side of the park, I nodded back, and he took off to gather up my son so that we could all finally leave.

After some searching, a few more arguments, and finally a snap to the backseat to quit mouthing off, we finally reached the area of town that housed a Vietnamese restaurant that would be either really, really good, or that would poison us from lack of clean facilities to cook their food in. Lucky for us, it was really, really good food in a filthy place. And we survived it. The apprehension from the day momentarily was lost as the food did its magic, sedating us with the mystical herbs and spices that laced decadent beef soup and rice dishes. Left in a trance, we lazily made our way back to the car.

But the rawness of the day still hung in the air, and bedtime was a somber event. When the kids were all tucked in and kissed goodnight, Mr. W and I retired to his room, taking our places as semi-circles on a perfectly made bed, not sure what we should even say to each other. But the words flowed easily once the first one was breathed. And all topics were permitted as we covered the issue of parenting each other’s children, harboring expectations that don’t go as planned, and the reality of the family vacation that was only two weeks away as well as the reality of co-habitating that we planned on happening in less than a year. And as we came up with solutions – including the kids in family outing planning, stepping up allowance of our verbal guidance for each other’s kids, going with the flow to be able to change plans if Plan A isn’t working – the thick fog in the room made way for a harmonious sweet air. And we were finally able to breathe once more.

We’d been sucker-punched by the day. But still, something valuable came out of it. It was the yin and yang of it – our ability to come together from moments in chaos, lay out our frustrations, and hash them out one by one. It was re-learning that even the best of intentions can go awry. And it was knowing that even in the midst of an all out war, and when we are left licking our battle wounds and scars, we will survive and still feel whole in this mixed up family we are working at creating.

Giving the kids something to talk about in therapy.