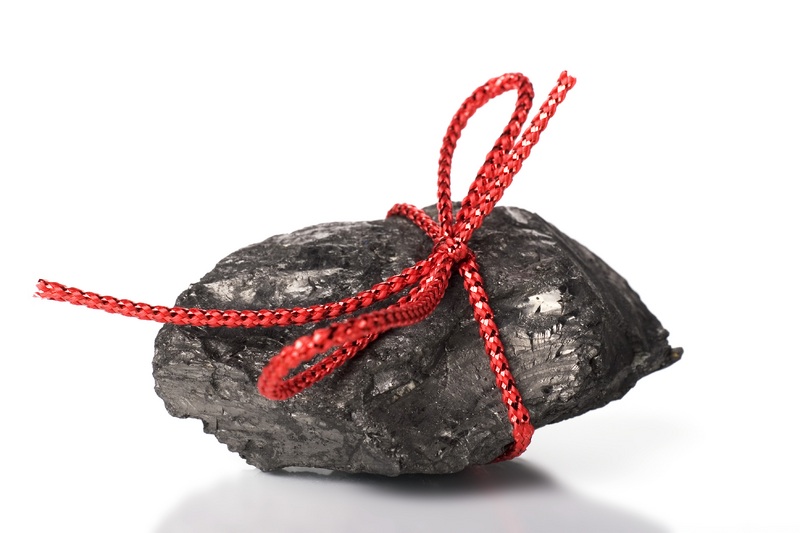 The kid is going bonkers. He’s bouncing off the walls when you told him already that it was time to get ready for bed…..five times. But he’s not showing any signs of moving. And you are losing your patience really fast. And so you do something that you may have promised yourself you would never do.

You threaten Santa on him.

I witnessed one of my friends doing this very thing when her son was young. Every 5 minutes, she told him that she was calling Santa and telling him to skip their house that year. And I remember thinking how lame it was. I mean, the kid was being told so often that Santa wasn’t coming, that it seemed like every sentence was starting that way.  And the kid wasn’t dumb.  I mean, the whole house was decorated, there were a zillion presents under the tree, and at 3 years old, he just wanted to keep on with his mischief because it was way more fun than minding his mom. So he just grinned at his mom and kept it up. But when his mother grabbed the phone and started dialing, the look of fear in his eyes was unmistakable.

“No Mom!” he cried. “I’m going, I’m going!” he screamed while she talked into the phone. And seeing that he was finally behaving, she told Santa that, nevermind, he could come to the house this year afterall.

It was all worthy of a big, gigantic eyeroll.

When I was a kid, my mom would do the same thing to us. And we always believed her. She’d be on the phone, dialing the North Pole to tell Santa that all we deserved that year was a big lump of coal because we were really rotten children. And we’d hurry to do whatever my mother’s bidding was to avoid the chance of Santa really passing us over. Thankfully, we must have always done something last minute to get us back on the “Nice List”, because Santa never failed to leave behind some goodies, eating all of our cookies we left for him. But when we were in that space between believing and not believing, we questioned this “Santa” person my mom was calling. I mean, the big guy was a really busy man this time of year. How did he have time to listen to my mom tell him all the naughty things we were doing? So to prove it to us, my mom let us talk to him. And surprisingly enough, there was a real live person on the other line. He had a deep gruff voice, and he sounded comfortably familiar, like a deeper version of my grandma’s voice. And we promised him we’d be good, and my mom got another year of believing out of us.

At any rate, with my own kids I decided that I wasn’t going to threaten Santa on them. I mean, I was their parent, not Santa. And my kids were perfectly capable of minding me.

It was probably about the time when they were 3 & 6 when their mischief was just getting the best of me. And with all the decorations up and the presents under the tree, Christmas only a mere week away, I stooped to an all new low.

“If you don’t go to bed right now, I’m calling Santa on you,” I told them. And Little DQ looked up at me with an evil glint in her eye.

“No you won’t,” my 6 year old know-it-all daughter said to me. “You don’t even know his phone number.”

“Oh yes I do,” I informed her. “Every parent is given Santa’s number as soon as they have kids. It’s in the manual they give you at the hospital, and I now have it programmed into my speed dial. And if you don’t march yourself in there and brush your teeth and then go to bed, I am calling Santa and telling him that he better just pass our house up this year.” Little DQ folded her arms at her chest and smirked at me.

“I don’t believe you,” she said, defiantly standing right where she was without moving an inch. Her little brother, however, was inching slowly towards the bathroom to brush his teeth, unsure whose side he needed to be on.

“Fine,” I told her. “Don’t believe me.” And I grabbed the phone and started dialing. She looked a little shaken, but remained where she stood to see how this would unfold. “Hi Santa!” I said loudly into the phone, pausing a bit and then saying, “Yes, Santa. The kids are being really awful this year, and you probably should just skip us on Christmas.” Little DQ tried to hide her smile as she continued in her disbelief. Little Taz, on the other hand, booked it into the bathroom and started to brush his teeth as best as possible. “What Santa? You want to talk to them? I don’t know…. They’re really rotten children. But if you say so,” and I handed the phone to Little DQ. She looked slightly nervous as she took the phone. And the smile left her face as she listened in, nodding a few times and saying a few one word sentences back into the phone. She then handed the phone back to me. By the quizzical look on her face, I could tell she was still slightly unconvinced. But she believed just enough to go into the bathroom and start getting ready for bed.

“Anytime. Talk to you tomorrow?” my sister asked.

Do you threaten your own children with Santa to get them to behave?

One thought on “Is Santa Claus keeping your kid in line?”