So, it’s been awhile since I’ve written here. And I admit it, I still have vacation brain. But the week we spent in San Diego was absolutely perfect, and a much needed way to unwind. Plus, I got to see my little sister get married!

I want to share my whole week with you. So without further ado – here’s WC Mom’s family vacation WITH PHOTOS! 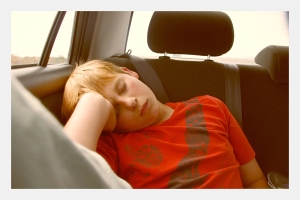 We woke up early Saturday morning and hit the road about 6am. Mr. W and I were occupied with our pitchers of coffee. The boys were occupied with their gadgets. Let me mention right here the benefits of having two boys addicted to technology. For every other reason, it is absolutely bad for them to play video games, tinker on their computer, and watch movies 12 hours a day. But for long car rides? Our boys were fully conditioned to sitting for extremely long periods of time without uttering the words “Are we there yet?” or “I’m bored”.

We planned ahead, thanks to many of your suggestions, and because we were bent on making the best time possible. Of course, once we hit LA, the traffic practically came to a stop. We decided to try the 405. Tip: DO NOT GO ON THE 405. I’m not sure what 5 looked like, but anything had to be better than the 15 miles an hour we went all through Long Beach. Everything was crowded. Even a rest stop on the way felt like waiting in line at an amusement park.

We finally reached San Diego, and made our way to the beach house we were renting with the rest of my family for the week in Mission Bay. We were literally steps from the water! On one side was the bay; on the other was the ocean. Down the road was an amusement park and a ton of places to eat. And in our garage were two beach cruisers so we could attempt to leave the cars parked as much as possible.

The first several days were dedicated to beach living. Ahhhh, San Diego beaches. Don’t get me wrong, I love Bodega Bay. But there is nothing like 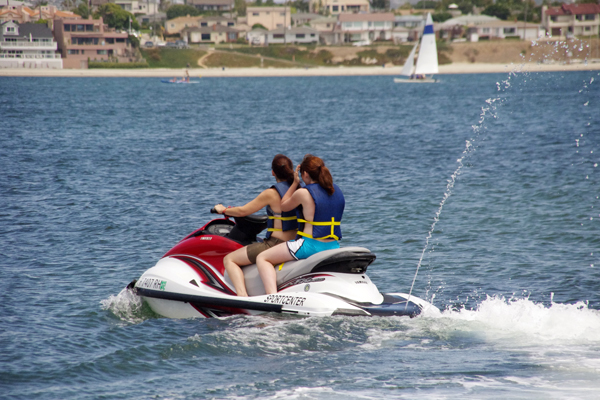 going to the beach and not having to wear jeans and a parka. We went on boogie boards, swam in the waves, soaked up some rays, caught up on some reading, took a nap…. We went jet skiing in the bay, and at night we watched the fireworks from the perfect view we had at home of Sea World. And the beach cruisers were definitely used throughout the week.

Most of the time was spent in Mission Bay, and a couple were spent at La Jolla. DQ ended up skipping out, wondering what the big deal was about La Jolla and why we would drive all that way when the beach was right there in Mission Bay. Trust me, there’s a difference. Both beaches are fantastic. But La Jolla is more shallow: meaning you can go further out in the waves than other 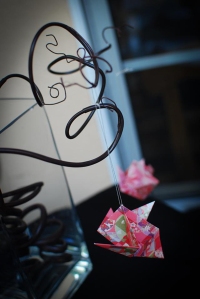 beaches, and the water’s a little warmer too. And, if you’re lucky you’ll find a little ocean wildlife in the waters as well. This time all we saw were some little fish and a couple sea cucumbers the seagulls were fighting over. But in years past we’ve come across Guitar Fish and larger fish. Of course, there are also stingrays and jellyfish. I’ve yet to see them, but a couple years ago some scuba divers let us know there was a whole forest of them just mere feet from where everyone was playing in the waves. 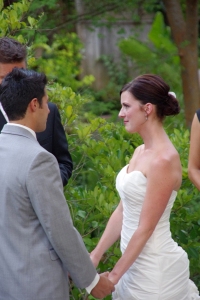 The second half of our vacation was dedicated to my sister Melissa’s wedding. We spent hours folding tiny origami pinwheels for the centerpieces, just us girls gabbing while the guys occupied themselves doing anything BUT folding origami. All us women (including DQ) had a girls day, going to get our nails done and then going out for a casual bachelorette dinner to honor Melissa’s wedding. The night before the wedding, we rehearsed the ceremony and then gathered at the home of Melissa’s new family for dinner.

And then, it was wedding day.

Of course it was gorgeous. So many details went into making this the perfect day. It was held at a friend of the groom’s family, a lovely piece of property inland that was tiered with gorgeous landscaping and decks on a huge estate. Large lanterns and lights hung from the trees. Tables held the

pinwheels that now spun on branches in clear square vases. Everyone was dressed so elegantly. And my sister was stunning in a dress that was made for her petite figure. Everyone spent the evening dancing, eating, sipping champagne, and then dancing some more. The cake was a choice of chocolate or vanilla cheesecake pops (!). The Taz busted some serious hip-hop moves on the dance floor (we’re seriously considering lessons for this talented kid). And all of us women surprised my sister with a parade of Fascinators – hats reminiscent of those seen at the Royal Wedding, except better. For example, DQ wore a huge black blossom with a bird on top, and lime green ribbon hanging down with skulls and crossbones. My aunt wore an upside down birds nest with the price tag still attached, and a bird on top of that. And we mamboed to the dance floor while my sister burst out laughing.

And after a late night of partying, we packed up the next day, said goodbye to my newly married sister and her husband, and were on our way home where we spent even more time in traffic. But it was just in time. We were all beginning to miss our own beds. And it’s good to be home.

But seriously, if any of you haven’t been to San Diego, just go. And then tell me all about it. 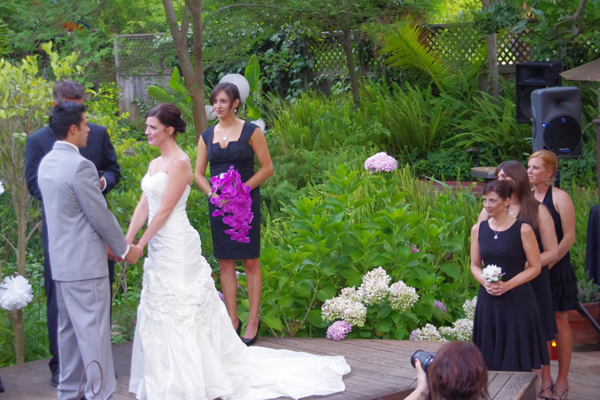