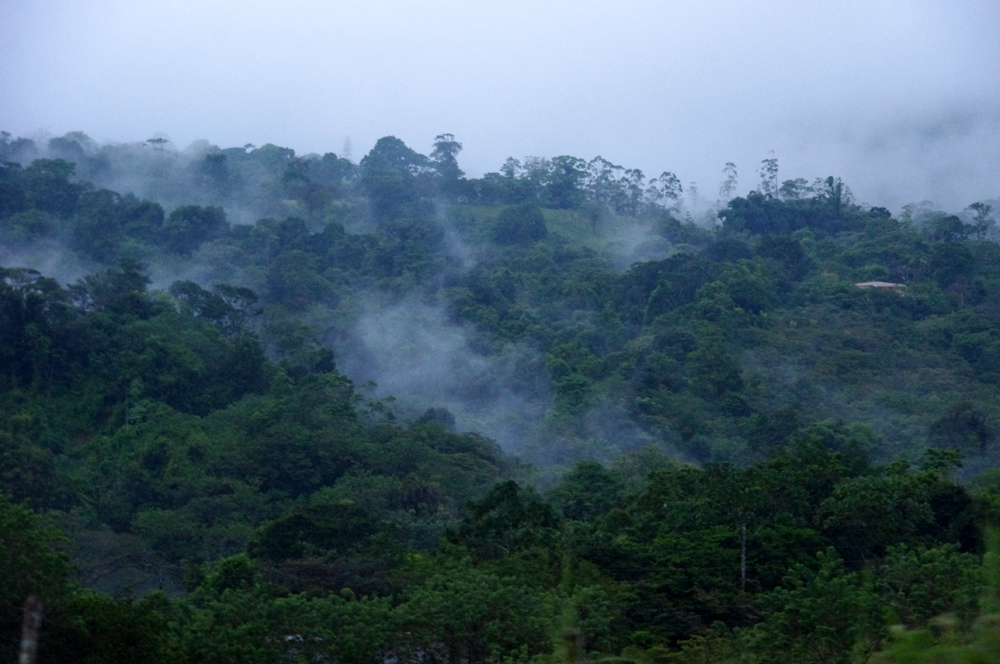 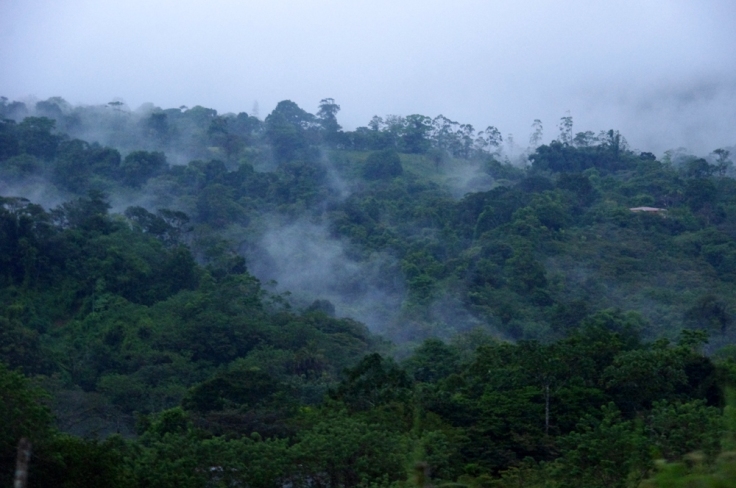 There’s some notable differences between Costa Rica and the USA. La Policia seem to be here merely for decoration and presence rather than to enforce any kind of law. There doesn’t appear to be any dangerous crime around, though I’m sure it exists. Rather than chasing speeders or questioning loiterers, they seem content merely parking on the side of the road and hanging our in packs.

The speed limit here is merely a suggestion. The KPH is clearly marked on the road, and I haven’t seen it followed yet. Cars drive the streets at various speeds. Some can barely make it up the hill, exuding strong gas odors at everyone trapped behind them. Others travel the windy roads at breakneck speeds. Double and single lines mean nothing, as cars pass one, two, three or more cars at a time – sometimes barely missing the oncoming traffic. One car today passed a truck in front of us on a blind corner, and I held my breath as they came within inches of a head on collision.

Pedestrians walk on the road as if they are invincible. We were constantly maneuvering around people walking on the shoulder, something even more scary at night when there were no street lights or lines in the road to guide our way. Even the dogs here seem unafraid of passing cars.

There are young mothers with their children riding backwards on the handlebars. Small motorbikes are everywhere. Pickups with kids in the back sputter along the roads. Potholes appear out of nowhere. And yet, all the dangers of the road seem to have no effect on the accident rate. There are no skid marks, broken trees, or crashed cars on the side of the road to signal car accidents. Us with our millions of laws regarding speed, passing laws, etc and there are accidents all over the place. Here it’s as reckless and carefree as ever with smoggy cars and dangerous driving, and the only signs are a few crosses on the side of the road.

Similarities? There are many young people with their eyes glued to their smart phone.

Another interesting thing I noted were how the locals all seem to find their entertainment watching people from their front porch. Almost every home or business has people sitting out front watching the world pass by. I couldn’t stare at them because every person we passed was already looking in our car to see who we were.

The service here is like nothing in the states. They are happy to help. The art of full service is revived at the gas stations, where they not only fill it up but wash the windows too. We weren’t sure if tipping was expected, but we handed out gas attendants each a $2 bill to which they happily exclaimed over it.

Today, our day started with a continuous sheet of rain. I woke at 5:30 with the air stale because the AC had stopped. The electricity was out. I quietly got dressed and went outside to watch the rain, soon joined by Shawn. The door had woken him up. We dressed and went down for breakfast before hitting the road. Our biggest plan for the day was to hit the spa at Tabacon, a posh resort 3-4 hours away. We also hoped to get in a few other adventures like a walk on a 2-mile bridge across the rainforest and some zip lining. That proved to be overly ambitious however.

The drive there was long, longer than the 3 hours we were expecting. We broke up the drive with a stop at Cafe Macadamia, a coffee shop the boasted being one of the top 5 spots to stop at according to Trip Advisor. There were signs posted all along the way leading up to the cafe.  We were totally curious about this coffee shop, and bypassed many others on our way to it.  The signs said “10 more minutes to Cafe Macadamia”, and then “You’re almost there”, and then “3K more”….etc…  20 minutes later, and we were beginning to think Cafe Macadamia was merely a myth.  Just as we were about to give up, Cafe Macadamia broke through the rain forest and appeared out of nowhere.  We walked in, and two ladies ran the shop.  One spoke not a word of English.  Another could speak it a little.  But the coffee was good and strong, the bread still warm with a taste like challah, and our view of the lake below us was phenomenal.

A cool part was they had a wall that held patches from different police stations around the world.  Looks like the Santa Rosa, CA police were there.  😀  (Click on photo to see it bigger)

We got to the Tabacon Spa, and were mesmerized by the many pools. A maze of a walkway led us around secret nooks where different pools lay with various attributes. Some were shallow and warm, some hot with waterfalls, some cooler to take a break from the heat. There were so many it was possible to find private moments in each to steal a kiss or just enjoy the solitude. And all around us was the rain forest, tropical plants and colorful flowers, scurrying lizards, the calls of wild birds, and the warm, moist air.

We ate lunch first, though I was so full from breakfast, a cocktail of Metamucil (gotta love getting old), and our midday pan y cafe. I ordered food out of obligation, but gave most of it to Shawn to finish up.

Following lunch we took turns soaking in the various pools. The pools are heated from the volcano Tabacon rested on.

Side note:  The Arenal Volcano, where we were at, is a live volcano.  Until 2010, it was considered Costa Rica’s most active volcano.  For centuries it had been considered inactive, until one day in 1968 when it violently erupted for days, taking with it 87 people, 3 villages, livestock, and affected 232 square kilometers of land.  From that day until 2010 it continued to spew ash, lava, smoke, and hot rocks regularly.  Now it stands in an “indeterminate phase”. (more info on the Arenal Volcano can be found at www.arenal.net)

The air around us was already quite warm. I was having a hard time not feeling overheated, plus totally stuffed from lunch. Soon I could only bear to sit on the edge of the pool while Shawn reveled in the comforting warmth.

We took a break from the heat by retreating to the rest area at the top of the resort. Several lounges with curtains were there, meant for an afternoon siesta in between soaks. We claimed one as our own, pulling the curtains closed and laying next each other in our little fort. Shawn’s breath became slow and heavy, and I fell asleep soon after. We probably only slept for 10 minutes, but it was just enough to refresh us. We considered allowing this to be our ending moment and just head home, but the pools seemed so inviting. We visited a few more, taking advantage of ones with rushing waterfalls that worked out the kinks in our backs and the deeper pools that allowed is to float while memorizing the canopy overhead. Throughout our adventure we took turns snapping photos, ensuring the memories would stay longer.

Here’s a short video clip just to show you a snippet of what we got to enjoy while we were there.

The drive back was easier, the roads not so foreign anymore. But it got dark quickly. It’s advised that driving be kept merely to the daytime since there are so many potholes and not much light to guide the way. We got stuck behind a slow moving truck with an exhaust problem. The situation only got worse when the truck caught up to an even slower truck. And the windy roads made it impossible to move around. Shawn was quickly becoming a pro at maneuvering the roads like a local, passing cars and all. But even this gave him pause. So we were stuck for an hour behind the truck, gasping as brazen drivers still managed to pass all of us.

The sky was now dark and we still hadn’t eaten. We’d planned on finding a local Soda (small restaurant) and sitting for some traditional fare. But thing is, adventures while it’s still light out feel mildly safe. Once the sun disappeared, we were no longer in the mood to experiment with our food. Two hours down the road, however, stood a place called Volcano Brewing Co that we had noticed on our way up. We decided to give it a go. We left the road for a long dirt driveway that made us start to second guess ourselves. The skateboard ramp (a sign outside said “Seriously, check it out”) made us smile. So did the sign boasting about the pools. But when we pulled up and found an open bar with a pool table and a lively energy within the patrons inside, we knew we’d made the right choice. The clincher was hearing Jack Johnson singing from the speakers while little girls played pool. There are no mistakes.

The restaurant/hotel was part of a project started by a couple from San Diego. They’d surfed their way down south, starting their own surf company and brewing company. 8 months ago they added the restaurant. And we were now in this little slice of California within Costa Rica. I realized that even surrounded by the beauty of the rain forest, California would always be my first love for my home. The food at the place was alright. But the cost ($17 to feed us both!) and the ambiance were perfecto. The final note as we left for our hotel was on GnR’s  “November Rain”.

P.S. Check them out at volcanobrewingcompany.com.  They’re located near some really cool tourist attractions, and their room rates and food rates are dirt cheap.

Some October rain greeted us as we got close to our hotel. Tabacon had been sunny and warm. But the closer we got to the coast, the wetter it got. The drizzle became a torrent, causing us to run to our room once we reached the grounds. Yet the air was still warm.

It’s 11:30 now. Shawn is asleep, and I am once again fighting my eyes as they try to close and end the day. Tomorrow we leave with a guide for a morning of snorkeling (hope the rain lets up some!), and an afternoon of sightseeing by foot and a search for souvenirs to bring home. Another perfect day in paradise. Pura vida! 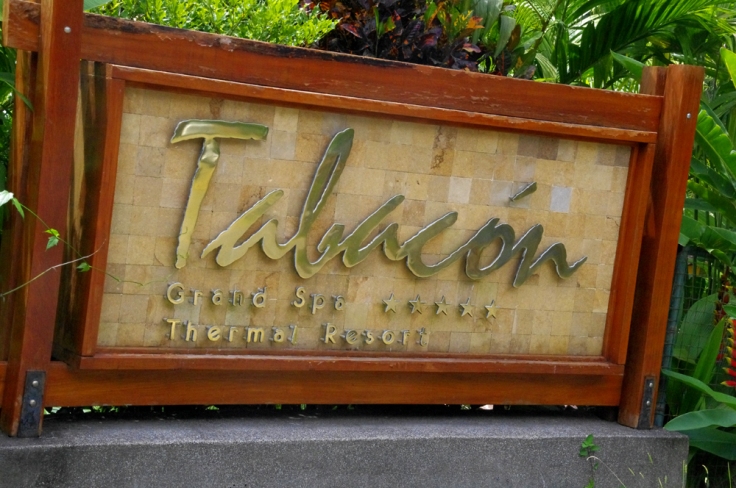 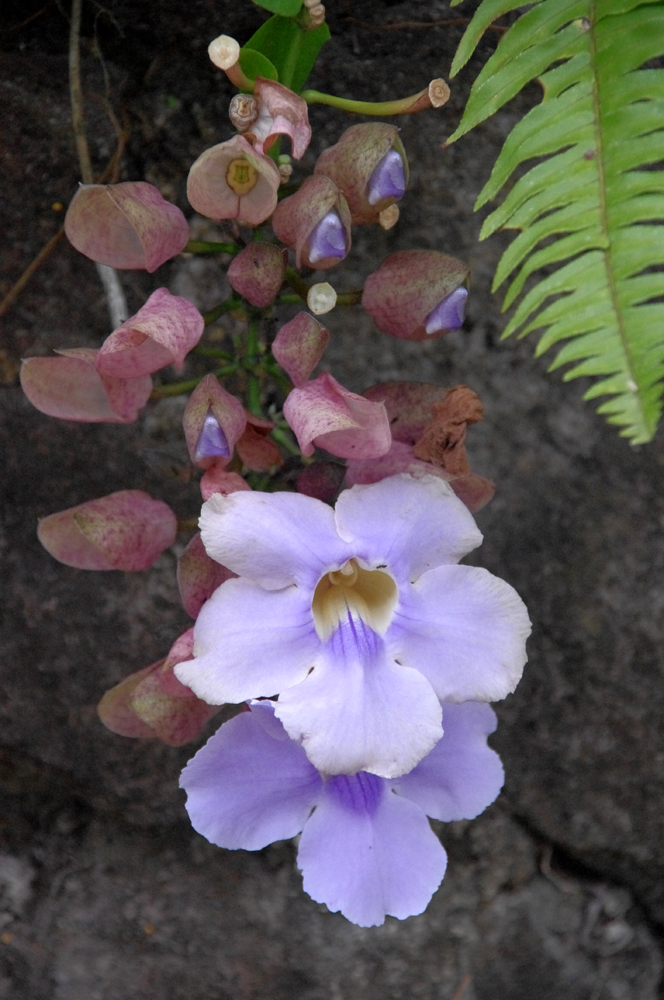 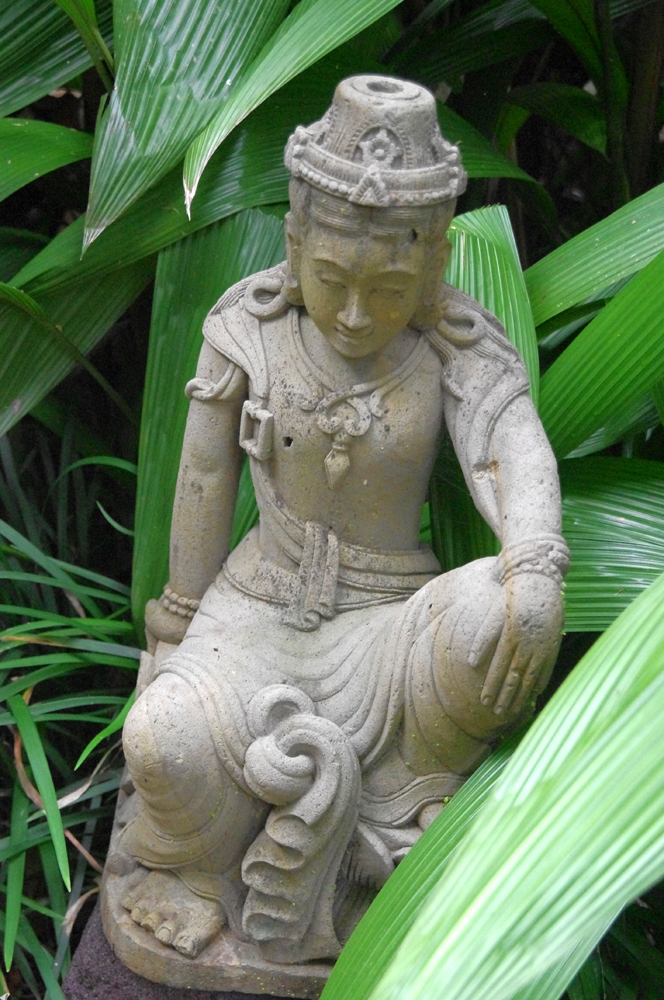 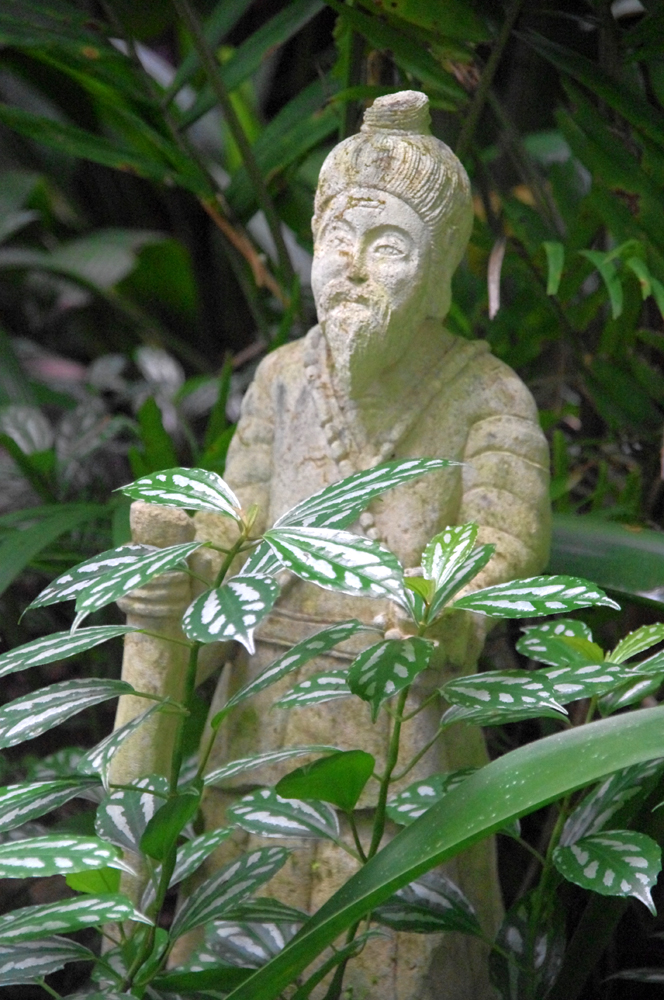 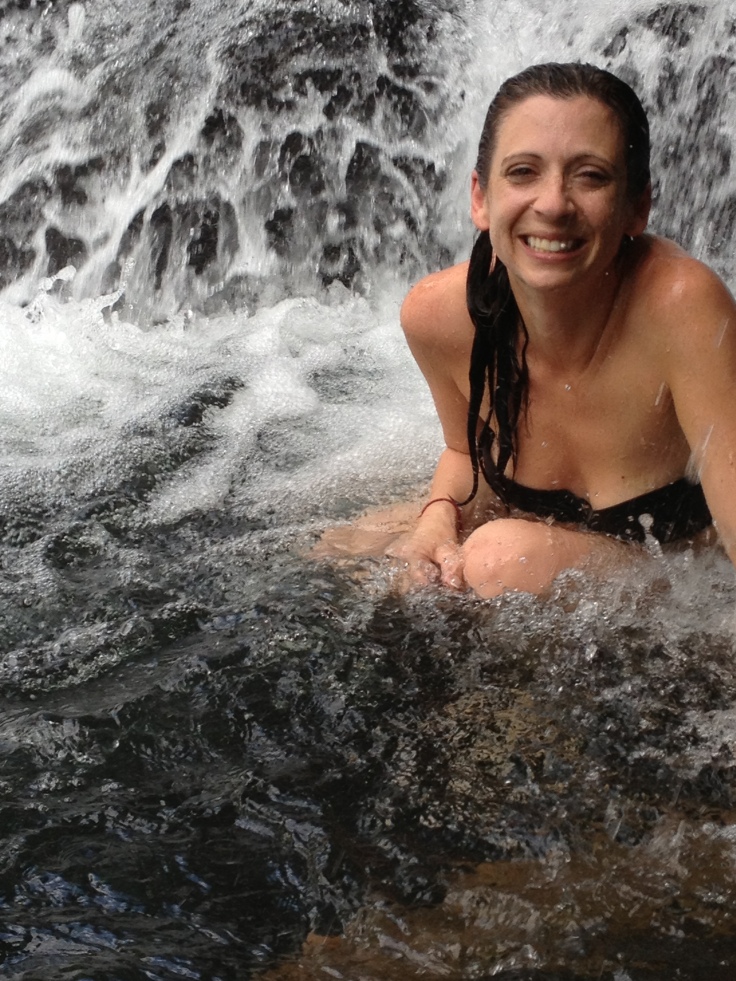 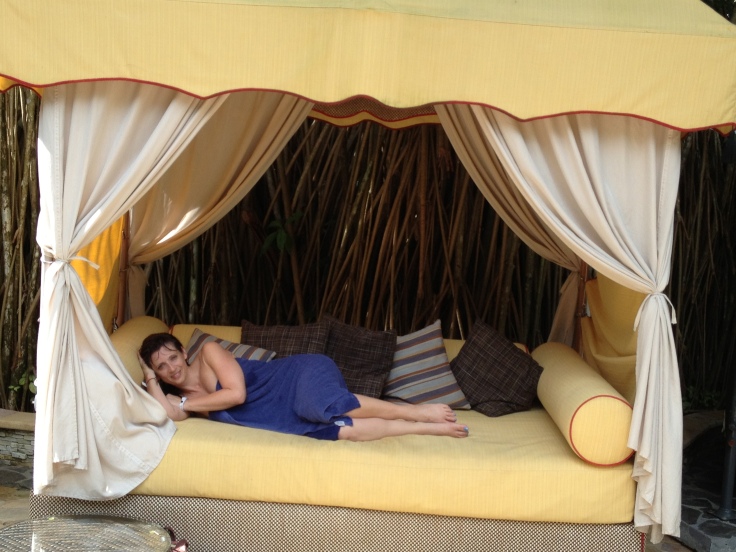 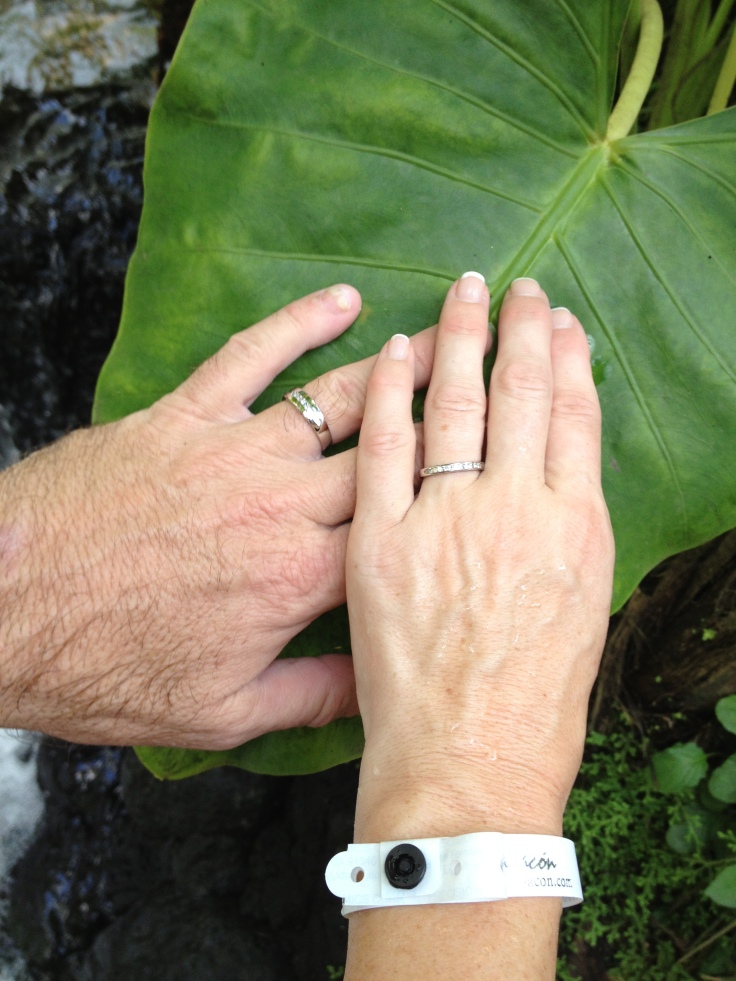