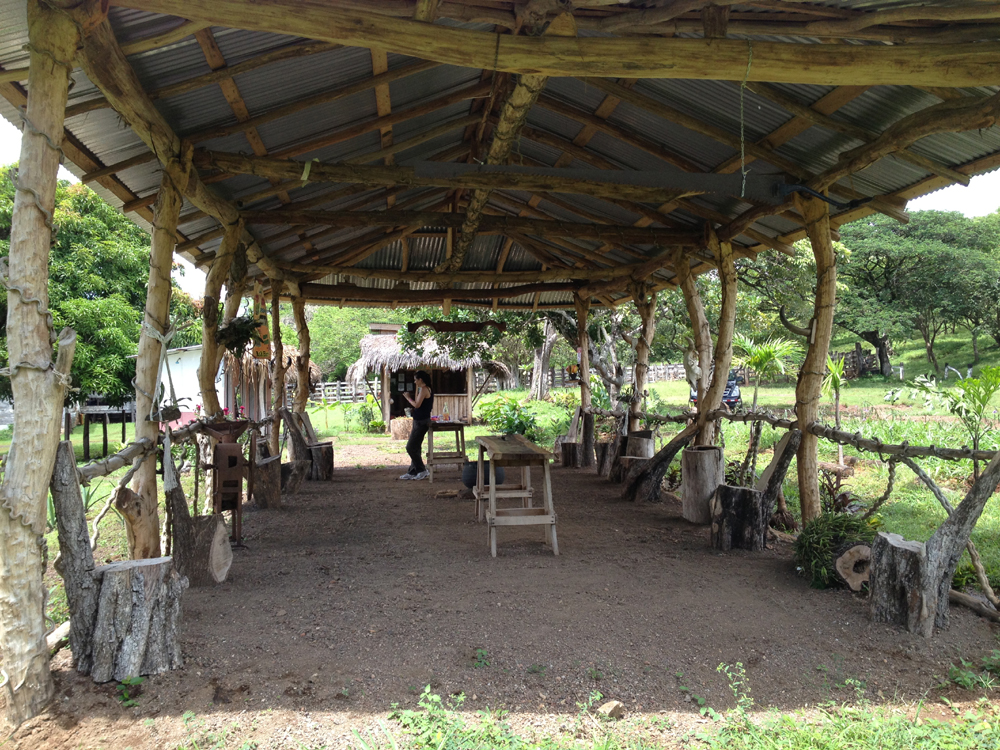 Our last day in Costa Rica, and the day of the zip line. I’d been awake since 3:30am, not because of nerves, but because it was hot and my bug bites itched like crazy. I got up early and spent it writing in the lobby till it was time to wake up Shawn. Luckily he was already awake because my key was being finicky.

The sky was blue and the weather already hot before it even hit 7am. The night before had been drizzly, but you’d never even know. We waited after breakfast for our driver to arrive, a Costa Rican native named Alejandro who had a hint of America in his native accent. We learned he used to be part of a call center who conversed often with New York, Florida, and the like. It helped with his English and have him a different accent. We were headed to his family’s property, land that had been in his family for four generations. It would one day be passed down to him. They boasted to having the largest zip line in Costa Rica.

More things we learned from our guide:

– The only tour guides we should trust are those that have ‘Turismo’ on the side. They have insurance and are make sure their vehicle is in good shape bathe other guys who offer cheap rides have no insurance and run their business out of jalopies. If anything happened, there’s no protection.
The average income in Costa Rica is $500 a month. The van Alejandro was driving cost $25,000 – used. If it were new, it would be $30,000.

– There are two types of police in Costa Rica – the ones who handle the laws and the ones who handle traffic and speed. There’s virtually no crime where we were at in Costa Rica, so the Policia basically do nothing save for the occasional drug situation or to enforce child support. The traffic police never visit this part, mainly sticking to the city (San Jose), so speeding, passing cars, and reckless driving is just a way of life.

– The Caribbean side of Costa Rica is considered dangerous. Alejandro referred to the locals over there as the ‘blacks’, and says they’re known to harm those who don’t belong there. He advised against vacationing over there. It’s also where they held their recent Carnival celebration.
Flamingo Beach, where we’re staying, is considered the rich area. Tamarindo is more of a party town. In the high tourism months, the town is filled with thousands of people.

We got to the ranch and were met by Oscar, the caballero who would take us to the zip lines by horseback. Having ridden with an English bridle in my childhood, it was weird at first using a Western. But the learning curve was easy. The horses knew their way well, and kept trying to trot ahead of our guide. Shawn did well, no nerves at all as his horse broke into occasional trots. He caught on quickly. My seat was sore halfway through. As I type, I’m painfully aware of my nether regions. We traveled through rocky trails, through a deeply flooded road, and up a steep hill before finally reaching the zip lines. Two guides met us, Elbert and Mario. Together they took us through a series of 10 zip lines. Some were very fast. Some we went upside down above the canopy. The last one was about 1/4 mile long, maybe longer. We were at times 318 meters high. It was pretty high up. The view was expansive!

Here’s a video of me on the zipline.  Note:  this was soooo not my idea.  Seriously.

Awkward….  In other news, check out my totally great leg posture.

At the end of the zip line lay a horse who looked up at us, then flipped his head back down. Mario told us he was infierno, sick. We later learned from Alejandro that he’d been sick for weeks, barely eating, and the injections weren’t helping. It sounded like they were getting close to needing to put him down.

Back at the ranch, Elbert brought us melon and water. We ate and fed the rinds to chickens. The mother visited with us for a bit before Alejandro drove us back.

After lunch, I grabbed a mojito and a lounge chair by the ocean with Shawn. After a few, I rolled over on my stomach and fell into a hard sleep. It felt good to lounge in the sun on our last day. Shawn rented a boogie board and played in the waves. When I woke, I went in the water too. The warm, frothy waves were as intoxicating as ever, though the strength of them kept knocking me off balance. A rain cloud overhead threatened to open up, but merely passed over us. It wasn’t till we went back in the hotel that the rain finally broke.We dressed for some final souvenir shopping and were greeted by sheets of rain. I was wearing my sandals, but the rain outside made it too slippery. I finally took them off and ran barefoot through puddles and the warm rain. We found t-shirts and a bag for me.

Then we took a drive up into the hills just past our hotel. The homes were exquisite, and we dreamed about what it would be like to live up there in such luxury homes. I told Shawn that if we had a home like that, I’d let anyone we know stay with us for free. We watched the sunset before coming back to the hotel. Here at the Equator, the sun sets around 5:30.

Our last dinner, and now we lay in bed watching an old movie before lights out (at only 9, wow we’re old) Tomorrow we fly. The kids miss us, as Summer has texted us. We miss them too. It’s been a beautiful honeymoon. 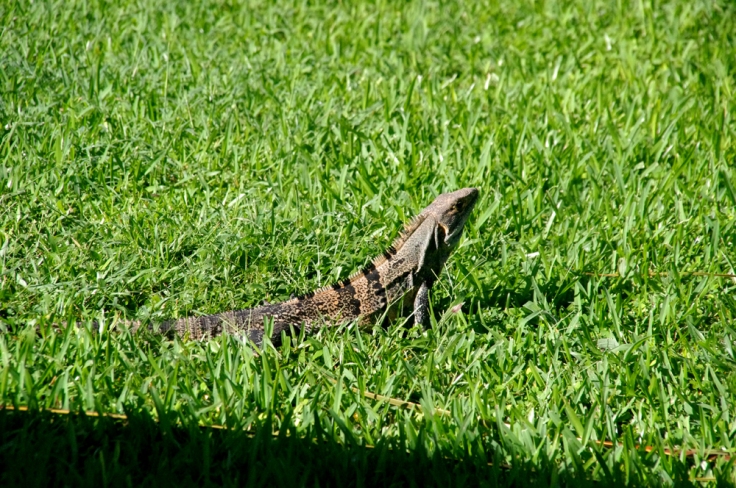 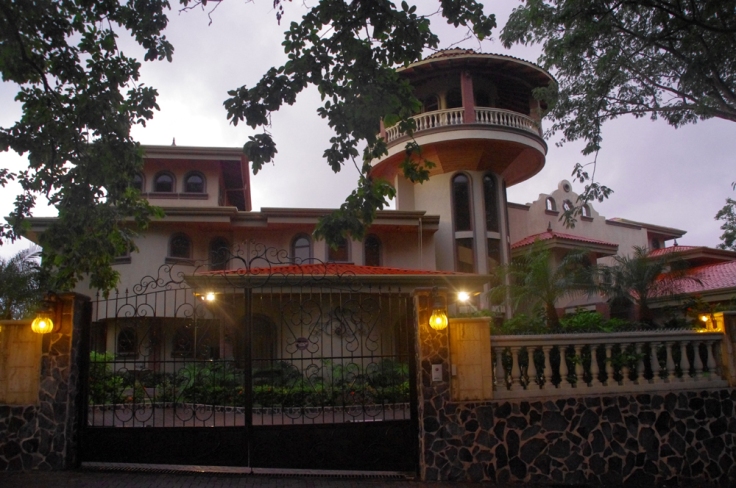 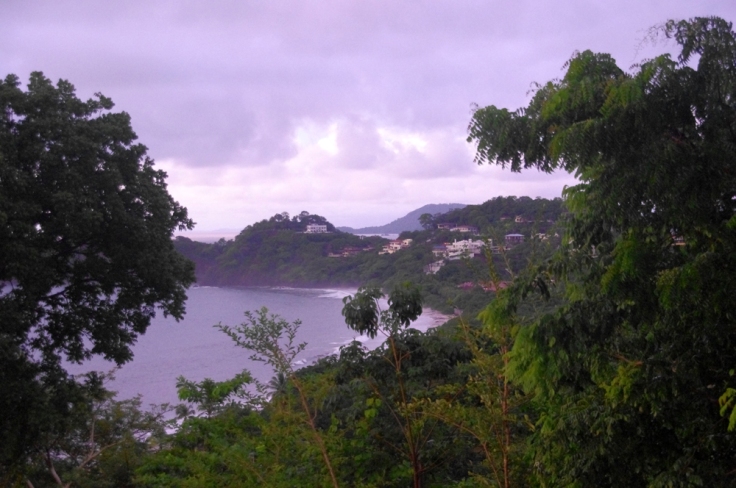