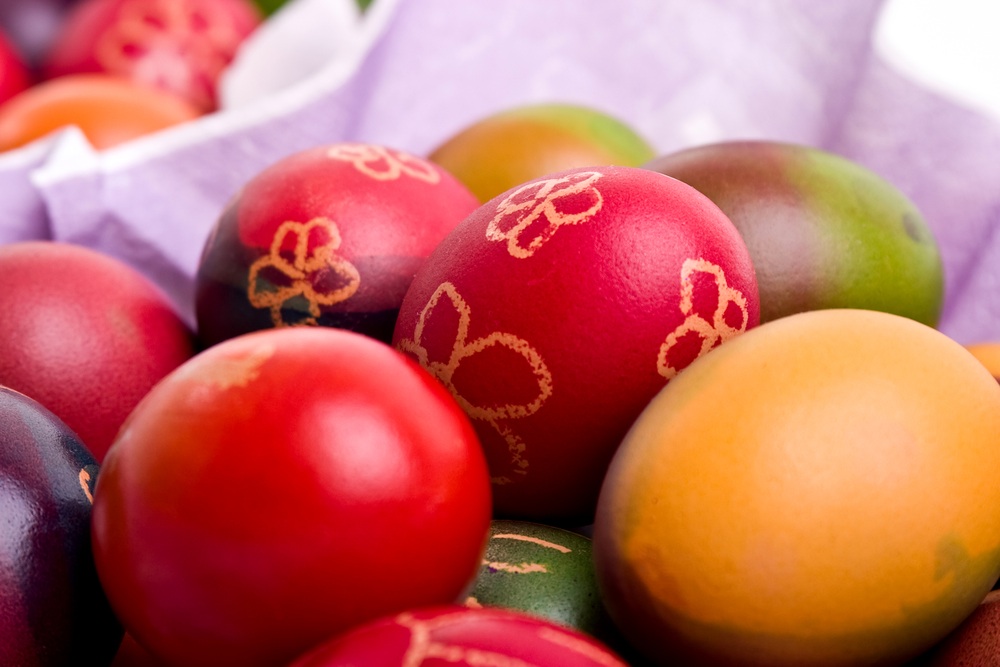 It was still foggy outside, the increasing light casting dim shadows around the room when my sisters and I jumped out of bed. There was no hiding our excitement as we pounded on my parents’ door, rousing them at a way-too early hour to get them to wake up so we could find out what the Easter Bunny had left us.

“Hold on,” my mom grumbled, and we could hear the bed creak while they both found their robes and finally opened the door –all the permission we needed to race down the hall and search for the baskets hidden somewhere around the house. I found mine easily behind a couch. My youngest sister’s was tucked safely behind the curtain. But my middle sister’s basket was nowhere to be found. It was only when my sister was close to tears that my mom finally hinted to a place she hadn’t checked. There, on the top shelf, sat a light brown basket overflowing with fake plastic grass, the eggs we dyed the night before, a hollow rabbit wrapped in gold foil, some jelly beans, and a toothbrush to hopefully scrape all the sugar off our teeth when we were done celebrating our candy fest.

“Look!” my mom said, staring out the window towards the neighbor’s backyard that backed up to our own. We joined her at the window. Jumping in and out of the bushes were baby rabbits from the family of bunnies who had made it their home. But to us, it was a multiplication of the real live Easter Bunny, making one final appearance to make sure we got our baskets.

Years later, it was my daughter’s nose plastered to the window, delighted to see the rabbit jumping through the vineyards that surrounded her aunt’s house in the country.

“Look! The Easter Bunny!” she cried. And we were all momentarily brought back to that age when the line between make-believe and reality was oftentimes blurry. Her hands were still colored orange and green from the previous night’s egg dying adventure. She showed me every egg she had colored since I hadn’t been there the night before. It was the first Easter after the divorce, and she was spending time with her father. I was merely a visitor in this house, trying not to feel like a stranger as my child shared her other part of her life with me. Each egg she handed me held her tiny fingerprints. And even though I hadn’t been there to guide her in her efforts, she had successfully written words and designs on each egg with the raised markings of wax crayons.

A few more years, and we sat around my mother’s table with bowls of dye and several dozen hardboiled eggs. My mother was busy with just one egg, carefully spooning the colored vinegar water over the smooth surface as she created her annual black Easter Egg. It was nearly there, but still looked purple. The kids were busy balancing eggs strategically in the dye to give the illusion of stripes. And occasionally they’d sneak in a few markings on the egg that would reveal a funny word or picture that bordered on inappropriate. To the side were the plastic eggs that still needed to be filled with candy for the older kids, cheerios for the toddlers, and gold dollar coins for the adults in their own version of the childhood tradition.

Last year, despite the fact that no one in the house was a young child anymore, the enthusiasm for coloring Easter eggs was still there. We were now living in our new home with my fiancé and his son, and we brought our Easter traditions with us to share with them. We all took turns perfecting each white egg into the exact shade we envisioned, and even slipped a black egg in – just like my mom was probably doing in her own kitchen. The candy was hidden in my closet, ready to leave at their place on the breakfast table, sans basket. The Easter Bunny might have stopped coming as he visited the littler kids instead, but they would never be too old for a few gifts of chocolate and a toothbrush to guard against cavities.

It’s unknown if the kids will be as into it as they have been in past years. Even just a year has made a difference in how excited they get over tradition. But one thing’s for certain, the dye will still be there for anyone who’s willing to get a little dirty (even if it’s just the adults), and the plastic eggs will still hold tiny surprises to discover on Easter morning. Oh, and of course there will be a new toothbrush.

May your Easter be filled with traditions and memories to cherish forever.