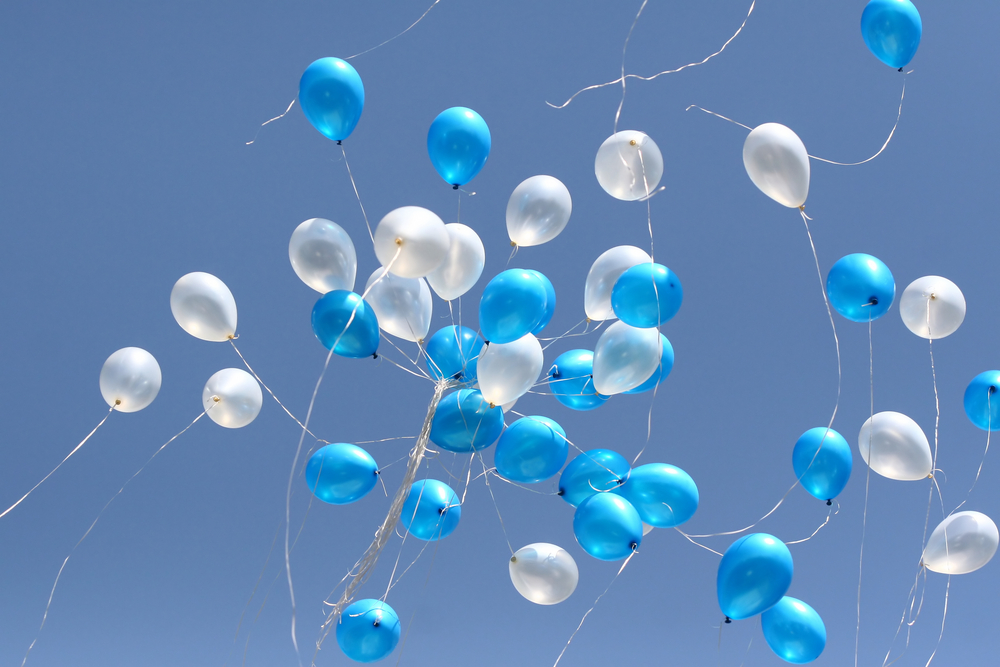 Imagine there’s no Heaven.
It’s easy if you try.
No hell below us,
Above us only sky.
Imagine all the people
Living for today.
-Imagine, by John Lennon

This was the song that played at the funeral of Jenn Leoy when she died in our 7th grade year. Every time I hear it, I think of her. And it both reminds me how she’s in a place where life is fair and she no longer suffers from the fucked up disease of brain cancer, and that we’re left in a world where awful things happen and children are far from immortal.

I heard this song this morning as I drove from Petaluma to Santa Rosa for my son’s baseball field, the memory of Jenn intermingling with the memory of details Mr. W shared with me about D’s funeral yesterday. I couldn’t be there, but felt as if I were as he let me in on a ceremony that symbolized a sense of closure in 4 years of a beautiful life ended too soon.

The first bit of beauty that came out of such devastation was a family rift mended. D’s father had not seen or spoken to one of his sisters in 25 years. But there she was at the funeral to be a support for her family and her brother. Perhaps this will help them repair the relationship they lost.

D lay in an open casket for the ceremony. Mr. W admitted he’d felt reservations about seeing this child’s body, thinking he couldn’t handle it. I asked him how D looked.

Frizz, in one of his moments of tenderness, picked up D’s favorite childhood book of “3 Little Monkeys” and read it to D in the casket. The gesture moved everyone around him, and D’s grandmother wanted to be sure that Frizz would read again to him before the day was done. Hearing Mr. W describe this to me, I was glad he could have his son there with him at such an emotional time.

Everyone was having a hard time at D’s funeral. D’s father had many moments of open heartbreak, Mr. W right there with him as he encouraged him to “let it out” as he cried. One of D’s aunts didn’t even harness herself as she let out a flurry of profanities inside the church regarding the unfairness that an innocent child could be murdered. Even the minister appeared uncomposed during portions of his sermon.

After the ceremony, Mr. W and Frizz accompanied the family to the burial. A large pile of dirt lay next to the plot and D’s father was given a shovel. He placed a couple shovelfuls of dirt on top of the tiny casket in the ground before handing it off to the next person. Everyone took turns, suddenly pouring their anger and sadness into each motion of digging the shovel into the dirt and pouring it into the hole in the ground. A call was made and soon shovels were brought for everyone so they could simultaneously get closure.

When it was done, each person was given a balloon in the shape of a Cars character, D’s favorite cartoon. They all stood back in a line against the fence. In front of them lay the expanse of the entire cemetery. The weather was typically beautiful for southern California, blue skies and a balmy 75 degrees. Because Easter is right around the corner, the grounds were especially beautiful as flowers and balloons decorated the majority of the plots from loved ones remembering those who had passed.

D’s family stood there against the fence, clutching the balloons. And then, in unison, they let go. The foil balloons scattered into the air, sending glimmering wishes and final goodbyes to the little boy that had touched so many lives in so little time. The gesture offered a sense of peace amidst the unfairness that overwhelmed the reality.

I’ve heard that we’re all given a purpose in life, and that we will not leave this world until we’ve fulfilled that purpose.  D must have been pretty important to have completed his mission here on earth in only 4 short years.  What an incredible life he had.

An earlier flight was available for Mr. W to come home, and he had no problem switching his flight. Little shoutout to Southwest for being so cool, fairly affordable, and for getting rid of stupid charges for extra bags and flight changes. Mr. W and Frizz were back home by 10:30pm, both grateful to be back after such an emotionally exhausting day. DQ and I had spent the evening before they arrived making banana bread, and we all dug into the warm loaf ceremoniously, not even letting it have time to cool.

That night I lay against Mr. W, his arms wrapped around me in those few moments of togetherness before we fell asleep. I felt so safe, so lucky, so in love. I am  thankful for the comforts I have in life and all I am trusted with. And I took the moment to silently thank God for everything and everyone he has placed in my life.

We are here on earth for only a blink of an eye. Time is precious and not in our control. But while it’s on our side, our time would be best spent loving everyone in our lives, honoring the blessings we’ve been given, and making the most of our days.

Every day is a gift.